Christian GUINET, self-taugh figurative painter, has an acurate perception of colours, he retranscribes, with his oil paintings, the light with a great intensity.

He masters it, he tames it.

He can capture the magic of a setting, of an atmosphere to restitute it and to share it.

His paintings, painted with a trowel and with a lot of matter are the insurance of sunshiness of his canvas. 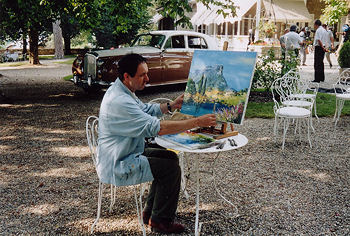 Christian GUINET is also a talented creator, a visionary who imagine a loads of his landscape.

He is used to paint on blank canvas, without sketch in a drawing and without a model, in order to give vent to his brainwave and creativity.

His paintings impart personality and originality.

Born in Isere in 1950, Christian Guinet show by pacing the countryside of the Dauphiné for his childness an attraction very strong for the nature and the paint work.

He worked with professeurs from the Beaux-Arts before he became member of the Academic Painting of Aix en Provence.

Enrolled in the “Maison des Artistes”, he is inscribed in the Akoun website, reference in matter of french gallery.

He painted in front of the camera of the channel FR3 Rhones Alpes Auvergne during the shooting of the broadcast “Pays d’ici” animated by Odile Mattéï, in the castle of the Comtes de Challes.

Today, his paintings are the subject of numerous article of papers upon wich one in the specialised magazine “Valeur de l’art” (Value of the art), issue 70. 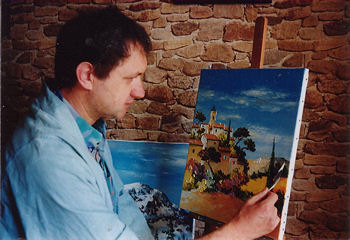 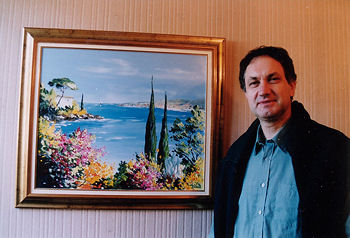 THEMES OF THE ARTICLES